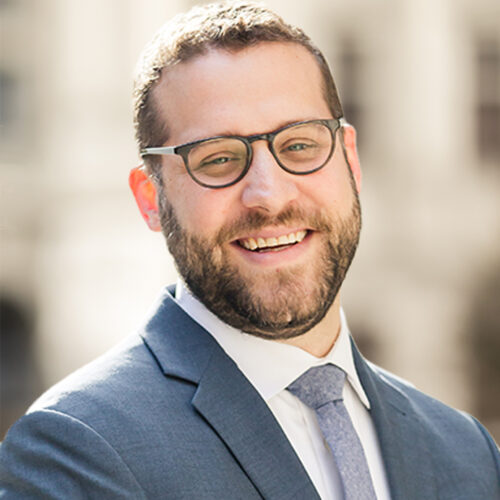 David R. Osborne is the Senior Fellow for Labor Policy with the Commonwealth Foundation.

David is an attorney with on-the-ground experience advocating for teachers, firefighters, and other public employees mistreated by union officials. Before joining the Commonwealth Foundation, David was the CEO of Americans for Fair Treatment, a nonprofit organization that supports, educates, and empowers public employees to exercise their First Amendment rights.

He also served as President & General Counsel of the Fairness Center, a nonprofit, public-interest law firm providing free legal representation to those hurt by public sector union officials, and as a Presidential appointee to the Federal Service Impasses Panel, which resolves labor impasses between federal agencies and federal employee unions.

David earned his Juris Doctor (JD) at Florida State University College of Law and holds bachelor’s degrees in political science and radio/television communications from the University of Central Florida.

David has been happily married since 2004 and they are proud parents to four beautiful children.

Shapiro Should Follow Tennessee’s Lead on Dealing with Unions

Originally published in RealClearPennsylvania After contributing nearly $11 million to Governor-elect Josh Shapiro’s campaign, executives of Pennsylvania’s biggest labor union will surely expect a return on their investment. But…