Pa. Spends $3,400 More Per Student than the National Average

“Expect the governor to double down on his mistaken notion that Pennsylvania underfunds public education,” commented James Paul, senior policy analyst for the Commonwealth Foundation. “The latest numbers show Pennsylvania already spends $3,400 more per student than the national average. The solution is not simply spending more, it’s spending smarter.

“Unfortunately, rather than debating the facts, the Wolf administration is propagating myths to support its narrative that Pennsylvania underfunds public education—a red herring for tax increases.”

Pennsylvania’s public schools receive $15,562 per student, according to the National Center for Education Statistics, a branch of the U.S. Department of Education. That’s 10th-highest in the nation and $3,400 more than the national average. Even when looking solely at state, rather than local, funding sources, Pennsylvania is higher than average. 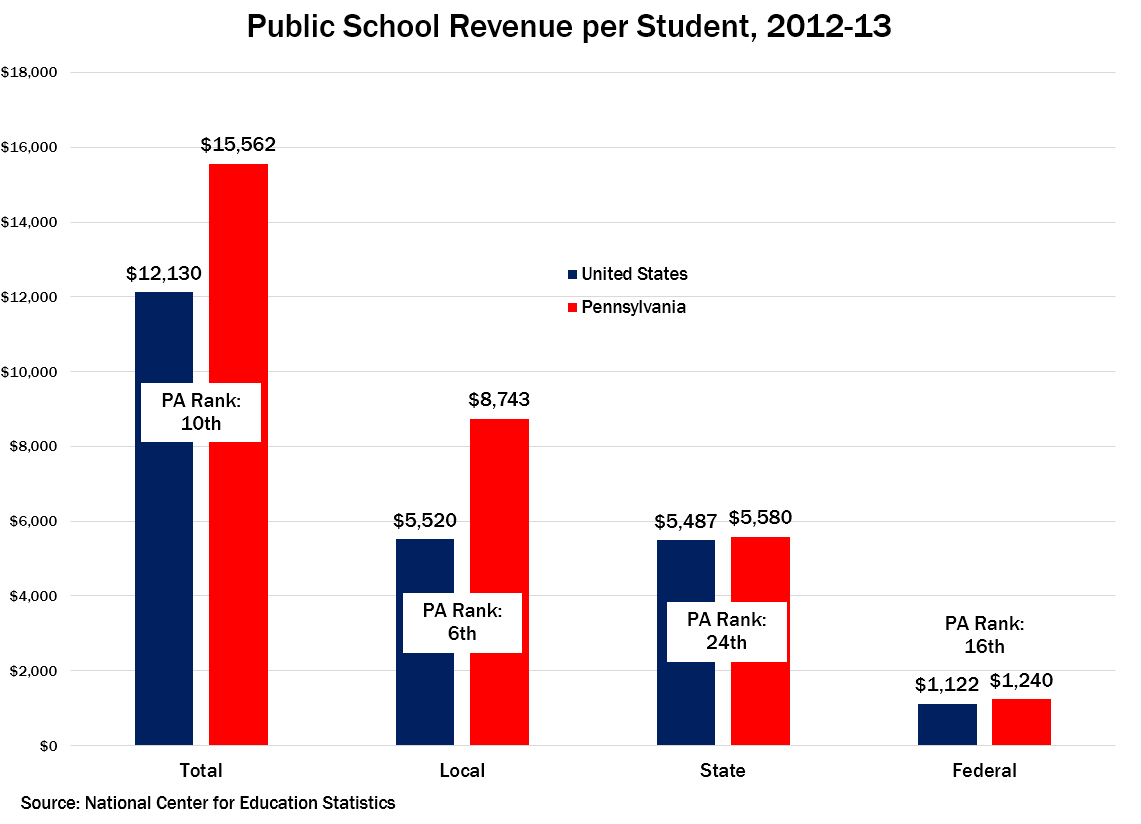 Just this week, Wolf spokesman Jeff Sheridan claimed the General Assembly’s budget “cut $95 million from education.” In truth, the only education line item reduced is school construction reimbursement.  This funding is not cut, however, but shifted from an ongoing expense—part of the budget—to a capital project funded with a $5 billion bond issue. The end result would be more funding for school construction.

Ultimately, the budget would have increased education spending by $404 million. Wolf is the only one to cut education, vetoing more than $3 billion in funding.

“Rather than repeating myths that support his tax agenda, Gov. Wolf should back the Basic Education Funding Commission’s funding formula. Wolf should also support eliminating ‘hold harmless’ provisions that punish growing school districts and propose a weighted student funding strategy that lets dollars meet the needs of individual students no matter what district they live in.

“The reality is, state taxpayers are already paying enough for public education. The governor and lawmakers must find smarter ways to spend this money, not keep asking for more.”